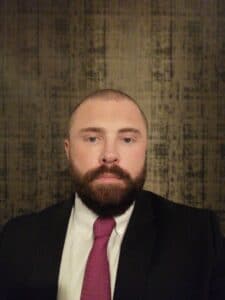 Segui began his role as the Head of Actuarial Services on November 1, 2021. Reporting to Managing Director of European Finance & Compliance Maxime Schons, Segui will assume responsibility for all the actuarial matters of SRS clients domiciled in Luxembourg, including preparation of Solvency II reporting and compliance, interaction with the regulators and actuarial key function owner. He will also form part of a pan European Risk Consulting team providing actuarial support to existing SRS clients.

“I am delighted to have Bertrand join the SRS Europe team in Luxembourg. Having a duly Qualified Actuary, well reputed within the industry and regulators will bring strong added value to our Luxembourg activities.  His pan European experience, modelling actuarial skills as well as a deep knowledge of Solvency II reporting requirements as we build out the teams will benefit to all domiciles, said Maxime Schons. “Bertrand will work closely with our actuaries in offices in Ireland, Switzerland, Malta and Guernsey to further develop the firm’s European actuarial capabilities and on-going projects initiatives, IFRS 17 amongst others”, added Max.

For the past two years, Segui was the Chief Actuarial Officer of Risk and Reinsurance Solutions and had responsibility for leading a team of actuaries that included Solvency II regulatory requirements, various and wide applications submitted to local regulators certification of technical reserves and liaison with auditors. He was also the Actuarial key function holder of many insurance and reinsurance captives located in Luxembourg.

Prior to that, Segui was the actuarial leader in Big4 companies for 8 years. He managed teams with up to 10 actuaries in both Audit and Advisory with a particular focus on General Insurance and reinsurance. In addition to the servicing of Luxembourg clients, he was also involved in various projects abroad including France, Germany, The Netherlands and in the Middle East. Segui is a member of the Luxembourgish institute of actuaries, he holds a Master of actuarial science degree from IFSA Lyon, and an MBA from ISC Paris.