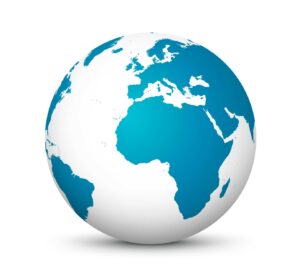 Twenty-five years ago, Protected Cell Company (‘PCC’) legislation was enacted by the States of Guernsey introducing the world to the concept of the cellular company. A number of local legal, and insurance practitioners were involved in the genesis and drafting of legislation, but it is Steve Butterworth, the Insurance Regulator at the Guernsey Financial Services Commission (‘GFSC’) at the time who is widely held as being the progenitor of the concept, and the driving force who saw that concept through to fruition.

When he moved to the GFSC from the Cayman regulator in the mid-80s, Steve brought the concept with him.  It had been inspired by the common use of rent-a-captive facilities in the Caribbean jurisdiction.  These were single corporate bodies that were licensed to write insurance business, and ‘rented out’ share capital to third parties so that they could take advantage of the captive concept at lower cost to entry and with faster speed of establishment.There was a desire in Cayman of both sponsors and users of these facilities to provide greater asset protection than could be offered by just contractual agreement and strict application of accounting protocols which Steve found replicated in Guernsey.

The first PCC law of 1997 enabled formation of a single legal entity that encompassed both a core and a theoretically infinite number of cells. The core and cells were differentiated by the issue of share classes which provided the shareholders with different rights. Core shareholders had those rights that would usually attach to ordinary shareholders, i.e., voting rights at shareholders meetings and the right to distributions arising from profits attributable the core of the company.  Cellular shareholders had rights only to distribution of profits arising from the specific cell to which their shares referred. At the same time labilities of the companies were segregated so that creditors would have recourse only to the assets of the core or the assets of the cell with which they had contracted (actually the first draft of the law provided for a default position whereby cellular creditors enjoyed automatic recourse to core assets, but this was soon reversed).

So, a corporate form was born that added statutory protection to the rent-a-captive concept. Early uses of the PCC were generally restricted to captive insurance vehicles, and through the captive boom of the mid to late 80s and through the early 90s, Guernsey protected cell companies grew consistently as a new type of home for captives that, similarly to the rent-a-captives were distinguished by lower cost and faster speed of entry. Guernsey’s success was soon emulated around the world with numerous variations of the cellular vehicle springing up, first in other international insurance domiciles, and latterly onshore notably in the US and UK. There now versions of cellular companies in more than 40 domiciles worldwide.

The first wave of cellular companies mirrored the PCC, being single legal entities encompassing a core and multiple cells, known variously as Protected Cell Companies (PCCs), Segregated Account Companies (SACs), or Segregated Portfolio Companies (SPCs), amongst other names. As the jurisdictions and names proliferated, so the use of these vehicles grew.  The speed of establishment, ability of a PCC to spread its statutory minimum capital requirement across multiple cells, and concentration of knowledge of expertise in one sponsor, board of directors and administration team saw cells of PCCs increasingly used to facilitate transformation of investment contracts into insurance contracts, and vice versa. Single cells were often formed to support single transactions, and this led to an explosion in the number of cells through the late 00s and 10s as the ILS market started to use cells as their vehicle of choice.

Also, during the 00s, the use of PCCs was extended to licensed investment vehicles. The statutory separation of assets and liabilities, all over seen by one board of directors and administered by one manager proved to be just as attractive to clients of the investment management fraternity as it had to the clients of the insurance management community. Contrary to the sequence in most countries, PCC legislation was first introduced in the UK to accommodate umbrella investment vehicles and was only latterly extended to facilitate the establishment of ILS PCCs.

In the late 00s a variation on the PCC emerged: the Incorporated Cell Company. This was a collection of distinct legal entities made up of a core and multiple cells all of which shared a central board of directors and administrator.  These have become the vehicle of choice for pension funds looking to use cells to transfer longevity and other risks out of the pension fund to reinsurance capacity. There are many factors that go into deciding whether a cell vehicle is right for a particular business need. Location is one of those factors.  We have set out some of the key differences that apply to the principal cellular company jurisdictions throughout the world in our whitepaper Cell Vehicles, Domicile Differences.

In the U.S., cell companies are referred to by a wide variety of names. Different states have not only different naming conventions, but also different forms of vehicle which are too varied to explore within he confines of this short article. Common benefits that cell vehicles may provide are lower upfront capital, less development time, and less cost due to economies of scale. Protected, incorporated and Series LLC cells are available depending upon the needs of the insured. Because of quick establishment and lower upfront capital costs, there has been a huge increase in cell growth during the past 10 years.

Segregated Accounts Companies (SAC) are formed in accordance with the Segregated Accounts Companies Act 200 under Bermuda Law. They can also be formed under private acts which may provide more concrete protections to the segregation of assets and liabilities specific to the company. The segregated account structure can be applied across a range of captive and commercial licenses (1, 2, 3, 3A, and 3B). The most common use of Segregated Account Companies refers to a class 3 i.e., captive insurance business. Bermuda cells are mostly used as an entry point to the captive concept. Sometimes they’re used where stand-alone captives would be too expensive. We are increasingly seeing Bermuda cells used to provide Side A Directors and Officers (D&O) insurance which is supported by the active Rhode Island market. The strong Rhode Island market presence in Bermuda certainly helps generate interest as a domicile. Class 3 companies can benefit from the ability to write risks unrelated to the core owner without imposing the Bermuda Solvency Capital Requirement (BSCR) solvency model (SII equivalent). Bermudan cells are also commonly used as Special Purpose Insurers (SPIs) and Collateralized Insurers (Cis) within the Insurance-Linked Securities (ILS) space. The three most common benefits that a cell vehicle in Bermuda provides are:

Incorporated Segregated Accounts Companies (ISAC) are available in Bermuda, but less common. Specific regulatory approval is required to establish a cell in Bermuda, but the regulator will typically allow cells to be formed in accordance with the business plan/license restrictions without prior approval and just with notification at year end. Going forward the SAC act will continue to underpin the ILS industry through CIs and SPI licenses. Cells will also be used within the rent-a-captive model and will continue to provide support to the commercial fronting (non-admitted/non-rated) space and for hard to place coverages such as cyber/D&O as relief from distressed commercial markets.

Cell companies are called Segregated Portfolio Companies (SPC) in the Cayman Islands and are mostly used for segregation of assets and liabilities. That can be for a single parent captive that may want to have a certain line of coverage segregated or for a rent-a-captive that allows other parties to set up their own cell(s) within a larger structure. The three most common benefits that a cell vehicle provides are:

The Cayman Islands SPC structure does not on its own create cells that are incorporated as separate legal entities. However, there is specific legislation for Portfolio Insurance Companies (PIC) that allows for an incorporated entity within an SPC structure. PICs allow for contractual relationships to be established between any external party and between any cells of the SPC and also have the advantage of allowing for separate governance within the SPC structure. They can also be used to streamline a cell’s transition into a stand-alone company should that be the desire of the PIC owners. When it comes to regulatory approval, to establish a SPC, approval from the Cayman Islands Monetary Authority (CIMA) is required. SPCs can also be created for investment fund purposes or other finance related activities where the segregation of assets and liabilities within a single entity would be desirable, but an SPC cannot be utilized for both insurance and investment fund purposes. As a result, there has been a large portion of growth in Cayman related to SPCs. Currently there are 148 SPCs licensed in the Cayman Islands and cell growth within the island has increased.

Malta is the only EU member state with PCC legislation which was passed in 2004. Cell owners setting up a cell vehicle in Malta may avail themselves of Freedom of Service and Freedom of Establishment passporting rights to write business across all EU/EEA countries, whether set up to:

Because of hardening markets, capacity issues, and access to the EU/EEA markets, establishing a PCC in Europe has multiple benefits such as:

Businesses looking to establish a PCC or create a cell are required to get the approval and authorization of the Malta Financial Services Authority (MFSA). Malta has enacted legislation for both PCCs and Incorporated Cell Companies (ICCs). Within the insurance market the PCCs are sector specific, for example, Insurance PCCs can only have insurance cells, Management PCCs only management cells, and Broker PCCs only broker cells. For the future, Malta should expect to see growth in the PCC market driven by the creation of cells with added interest from FinTech and InsurTech sectors.

Just as in Malta and other parts of Europe, cells are referred to as PCCs and are most used for captives, insurance-linked securities, transformers, and commercial insurers. Guernsey was the first jurisdiction to introduce this type of vehicle 25 years ago, therefore they are commonly used for a wide variety of structures. PCCs in Guernsey can be established quickly and provide ongoing expense and capital reduction. Both protected cells and incorporated cell companies are available. Within the insurance sector, ICCs are used mostly for pension longevity risk transfer deals. In order to establish a cell in Guernsey a business would need regulatory approval. Pre-approval is sometimes available to certain types of SPI and captive cells. Cells can also be used for other reasons besides insurance business. Investment business and other types of support for regulated financial services activity is permitted. Cells in the past 10 years have been an engine of growth for the insurance sector in Guernsey. Regardless of where you choose to establish a cell vehicle, the overall benefits can be fruitful. Each of these locations is an option to reap the benefits of a captive.